OK, here is the deal. Bones were found in the States of a species of man that were Caucasoid, which predates Native American Indian ancestry. Its speculated that they were wiped out by the Indian ancestors. Native American Indian lobbies want to stop research of these bones for obvious reasons.
What if its true? Does this mean that Native American Indians have to give back their casino rights and have to be treated like other Americans for tax purposes? Maybe they can share the casino profit with the reservation caucasians: the trailerparkers. For these people are probably direct descendants of Americas first people:Kennewick Man.
Does Patrick Stewart look lke a Native Indian? I don't think so. But according to research, Patrick Steward looks like Kennewick Man.

I'm assuming all this stuff is true. If so, I figure Native American Indians time is running out with respect to special status. They have 8,300 years tops to go.
Email ThisBlogThis!Share to TwitterShare to FacebookShare to Pinterest
Posted by Baconeater at 6:40 AM 1 comment: 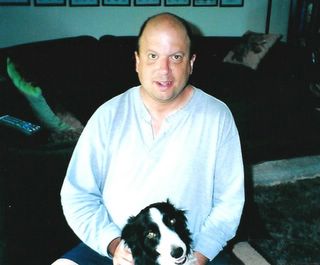 OK, I realize that winning a Presidential election is far more important than winning a football game, but this thanking God stuff is just way too much to watch.
Bush is pretty much stating that God's will is dictating his policies and that he is in a sense using God as a scapegoat in case he makes mistakes. Since he is doing God's work by being President.
Whatever happened to the seperation of Church and State?
I think either Bush is a nut or his speech writers are nuts.
I'm surprised he didn't start singing "You Light Up My Life" yesterday.

Email ThisBlogThis!Share to TwitterShare to FacebookShare to Pinterest
Posted by Baconeater at 9:31 AM 3 comments:

What I really don't get about Christians

How can I write this without being offensive? Who cares, this is my blog. I just don't get that these people who almost died go around saying the lord saved their life. If their premise is true and the lord did save them, the premise of afterlife for eternity also exists. And that afterlife is supposed to be phenomenal (harps and angels forever and ever......blech, unless there are a lot of a promiscuous naked women around, I'm not interested). So what exactly did the lord save this person from. Just the inevitable. And yes, I know the rhetoric, "I have unfisished work to do in this world" Unfinished work? If all you need to get an eternal life is to believe in JC, what unfinished work is there to do? Convert as many people as possible? Fill heaven up so its like Tokyo, where you have to sleep in a closet? I just don't get it.

Email ThisBlogThis!Share to TwitterShare to FacebookShare to Pinterest
Posted by Baconeater at 6:20 AM 7 comments:

Now I have a blog

And my life hasn't changed one iota. I know I should give it some time, but I'm impatient when it comes to life changing experiences.
This might be my last post on this board. I'm getting bored already.

Email ThisBlogThis!Share to TwitterShare to FacebookShare to Pinterest
Posted by Baconeater at 7:59 PM 8 comments: