We're Getting Very Close To Figuring Out How Exactly Life Began

It is beginning to look like small molecules made from natural elements actually evolved into life 3.5 to 3.9 billion years ago on earth.

Here is a new article on the subject. 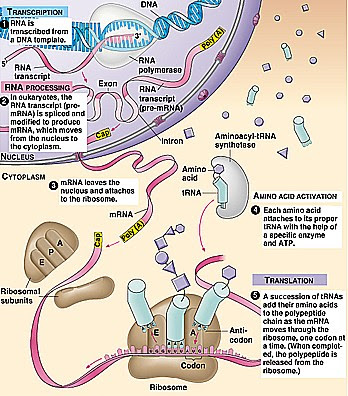 Fundies and plain many plain old believers don't like this topic, but sometimes reality is tough to deal with.

I had my family over to dinner last night. We are all secularists, but one of my brothers is adamant about God existing. He doesn't like my blog, and doesn't want me to interact with my 15 year old nephew regarding science and God. I don't think it is the science stuff so much, but more where it might lead him.

He feels that if someone doesn't believe in God, he/she has no purpose in life. Now he isn't into preaching, and I doubt he knows much about the bible, but he seems to need to believe in God and resents those who don't, and isn't interested in conflicting materials or arguments.

My sister thinks that a belief God is needed to live a moral life. At least she married someone who gets it. The night wasn't a total waste for me. I got into some intellectual discussions with my brother-in-law.

And my nephew was very interested in evolution science. I showed him some clips from this site, and he watched it eagerly. I did tell my brother that you don't need to ignore evolution to believe in God, and that many scientists do believe in God and evolution.

I was actually a bit taken back when my brother said basically not to teach my views to HIS kids, and if I want to teach my views I should have my own kids. This was before I showed my nephew the evolution for students site. When he was about to leave, I printed this and sent him home with it to read. In other words.....don't tell me what I can and can't say to anybody. The only person who can silence me the guy who signs my paycheck:)
Email ThisBlogThis!Share to TwitterShare to FacebookShare to Pinterest
Posted by Baconeater at 12:56 PM